The packaging for this toy states “Durham’s Action Hero Superman Water Gun” in big, bold lettering. There is no date on the toy or its packaging, but I believe this was produced in 1974, which was the year Durham produced similar squirt guns for Lone Ranger characters. The gun is made by Durham Industries and marked National Periodical Publications. Durham Industries produced a similar squirt gun for Batman, and the two toys shared similar packaging art that features both characters. The squirt gun is painted hard plastic. 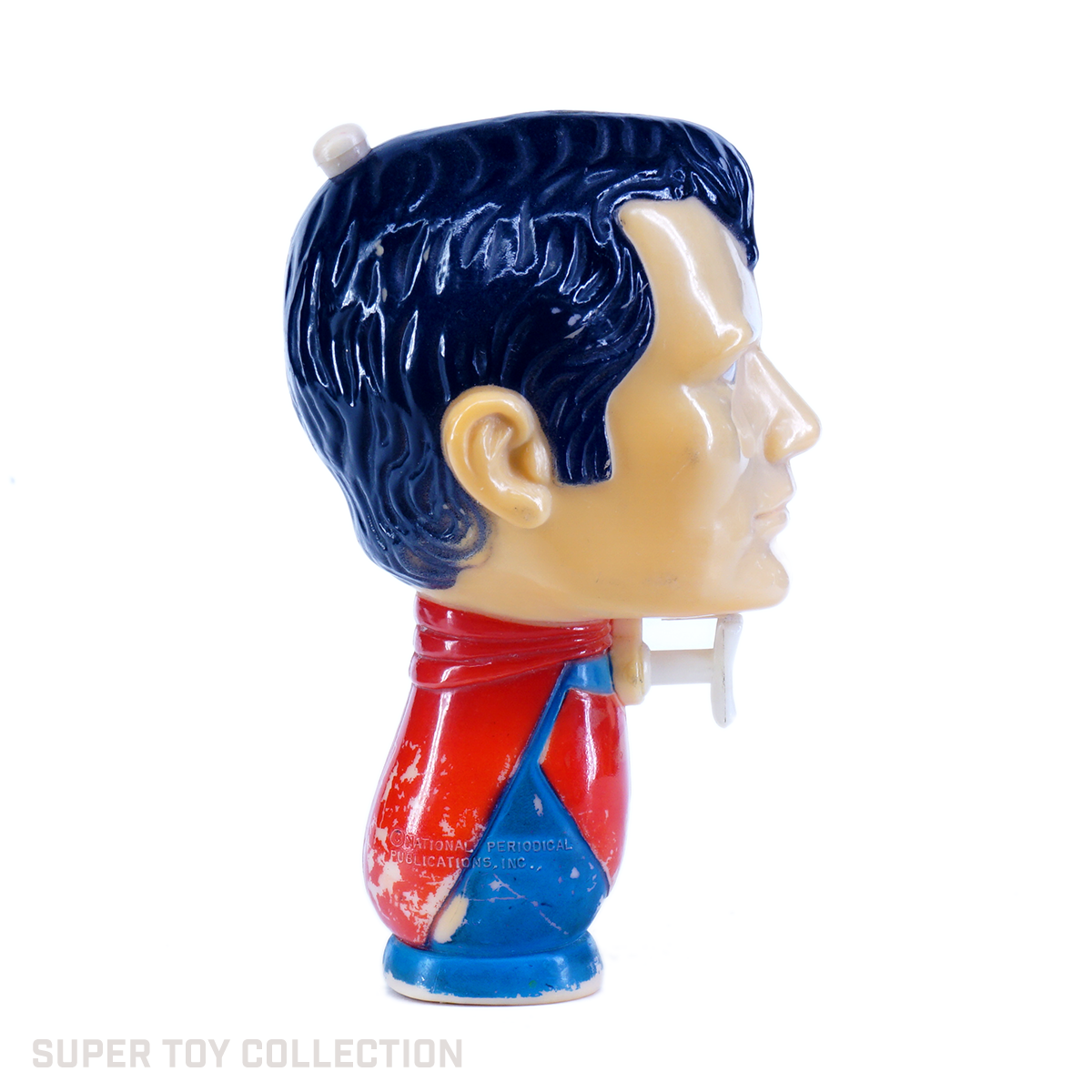