After acquiring the D.C. toy license after Mego Corporation, Kenner created the Super Powers toy line. The Kenner Super Powers line of action figures is one of the most collectible toy lines from the 80’s. These figures have mechanisms that trigger an action when the figure’s legs or arms are squeezed. The Superman figure has the “Power Action Pump” — when you squeeze its legs together, the figure’s arms raise up. Each figure in the first two series also included a mini-comic that featured that particular character. The cloth cape is detachable. The Superman figure was available in the 1st, 2nd, and 3rd series. 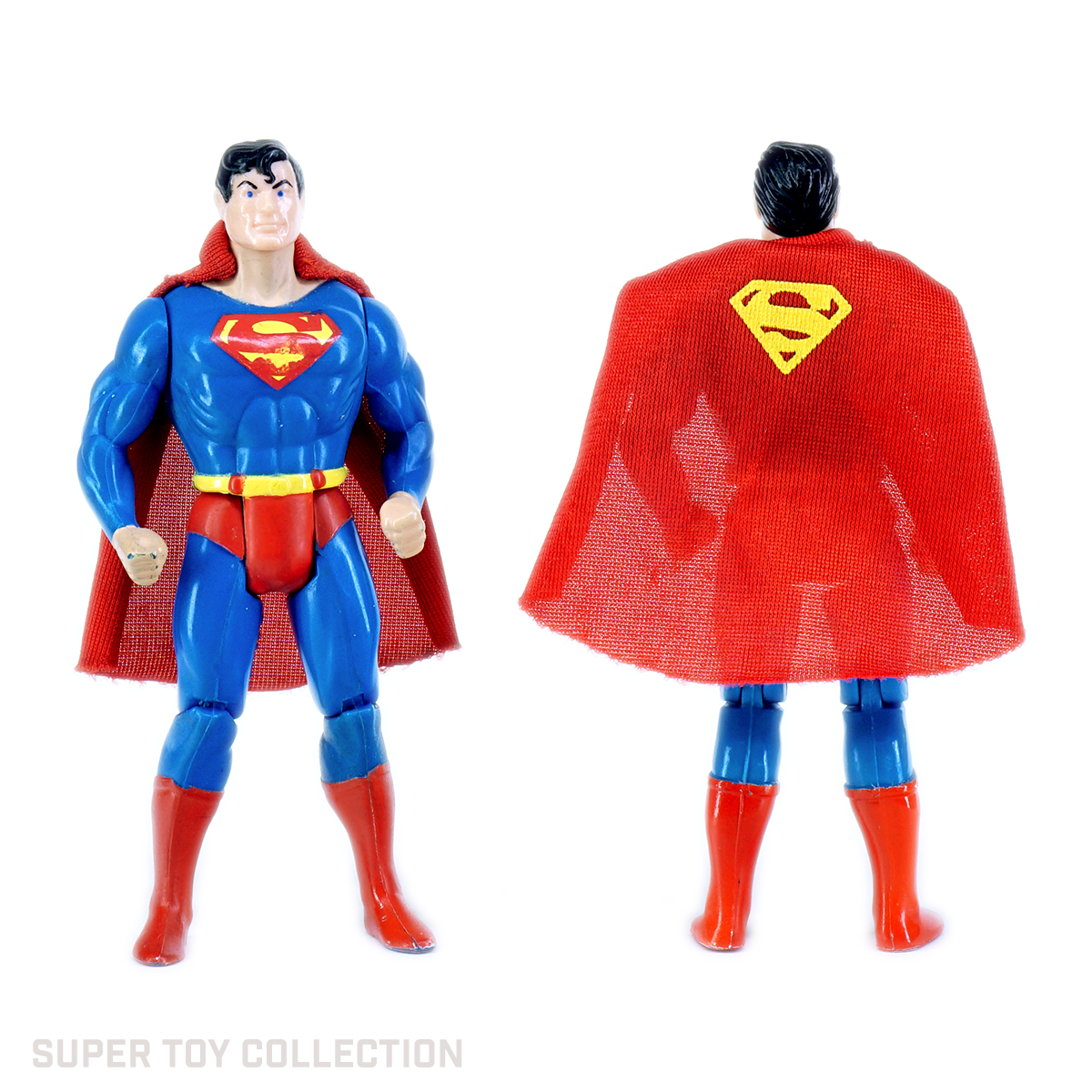 If you enjoy reading articles on Super Toy Collection, I would greatly appreciate you clicking on this eBay link before you do your shopping. I will get a few pennies from any purchase you make, but those pennies can add up. Thank you for your support!