This hard plastic Spider-Man figural radio was made in Hong Kong in 1973 and depicts Spider-Man flashing the devil horns or using his wrist shooters — you be the judge. The black elements on the front are embossed. There is a built in carry handle on top, and the radio is powered by a 9v battery. In addition to Spider-Man, there are similar radios for Batman, Robin, Superman, and the Hulk. These radios were originally sold in a box with an earphone for listening to the radio in private. 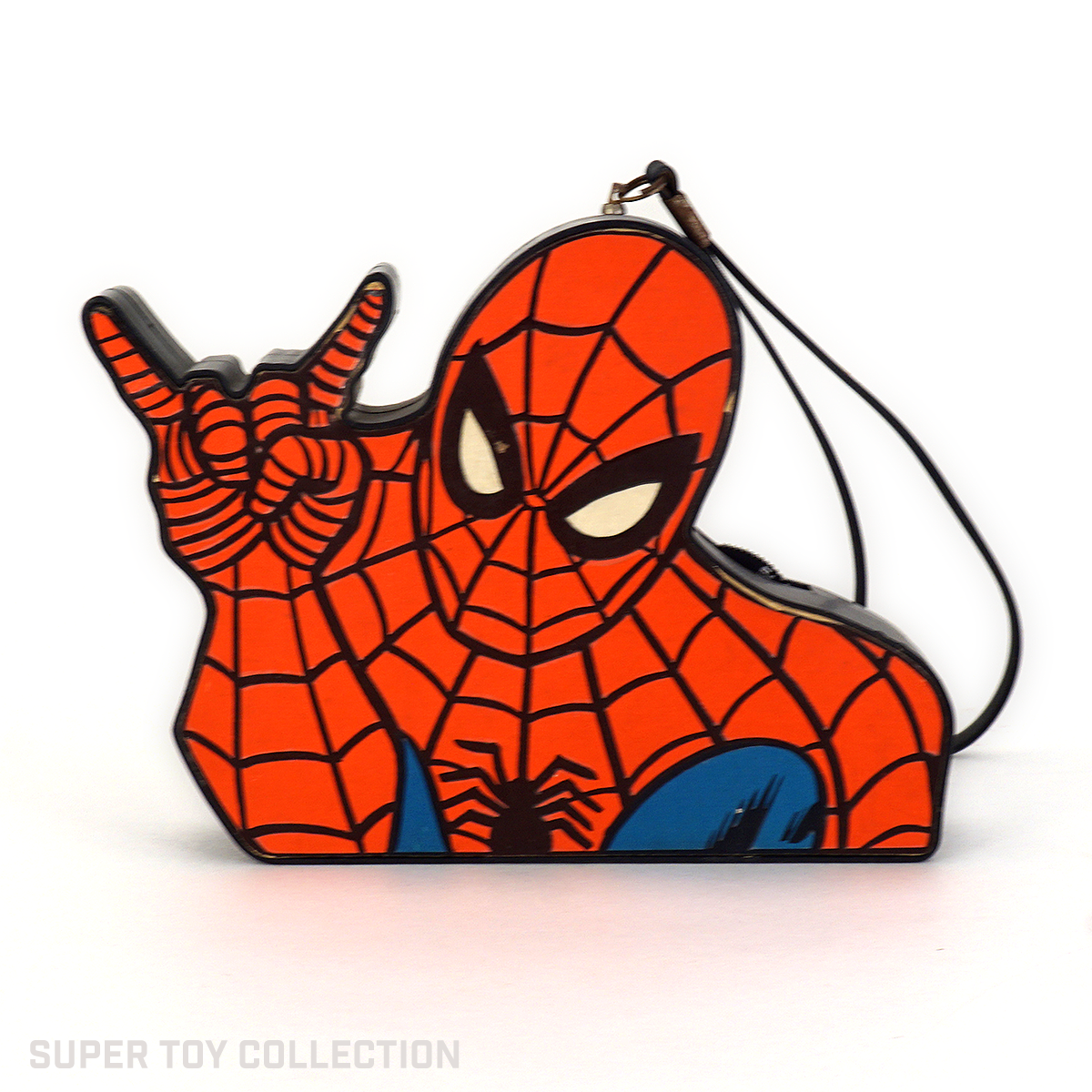 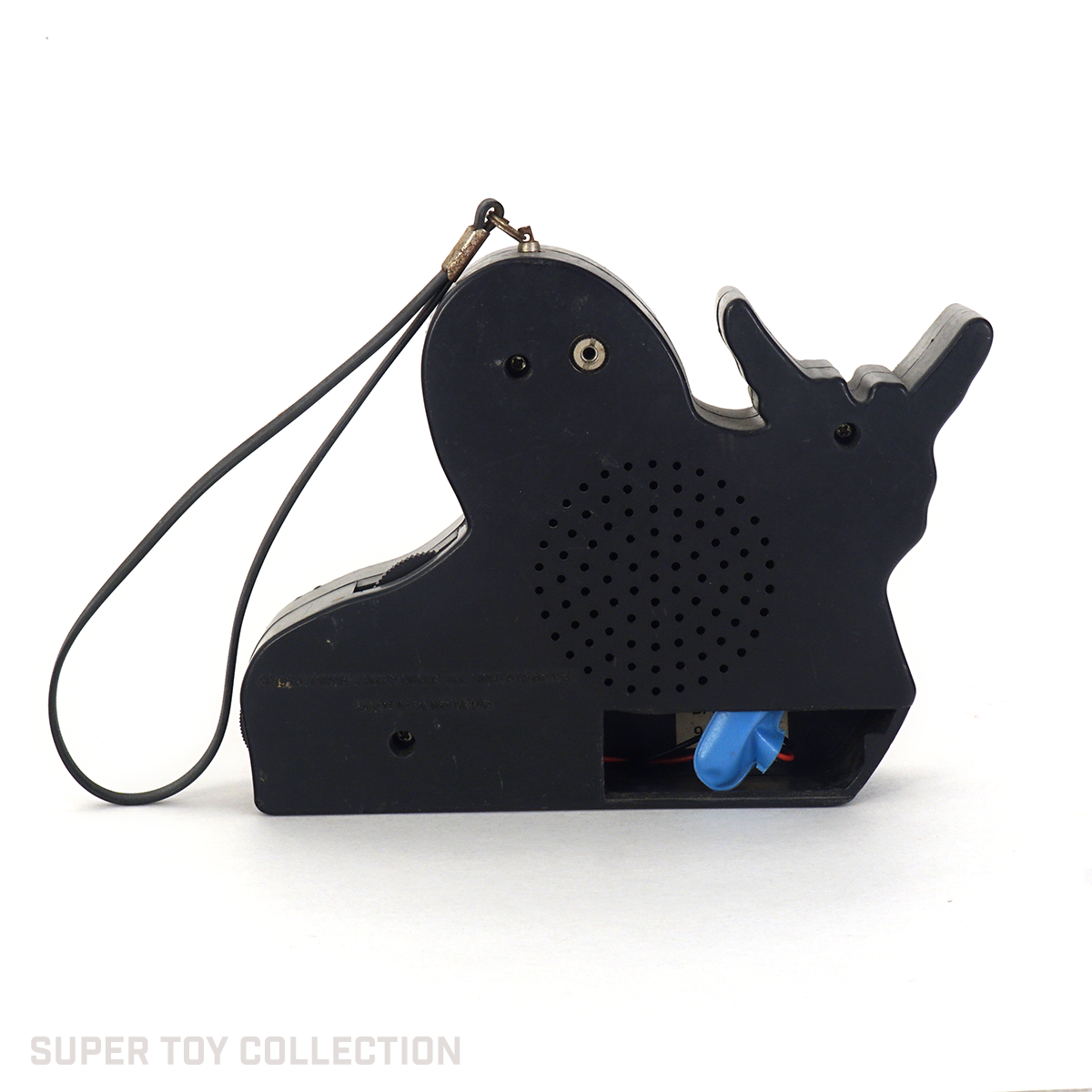